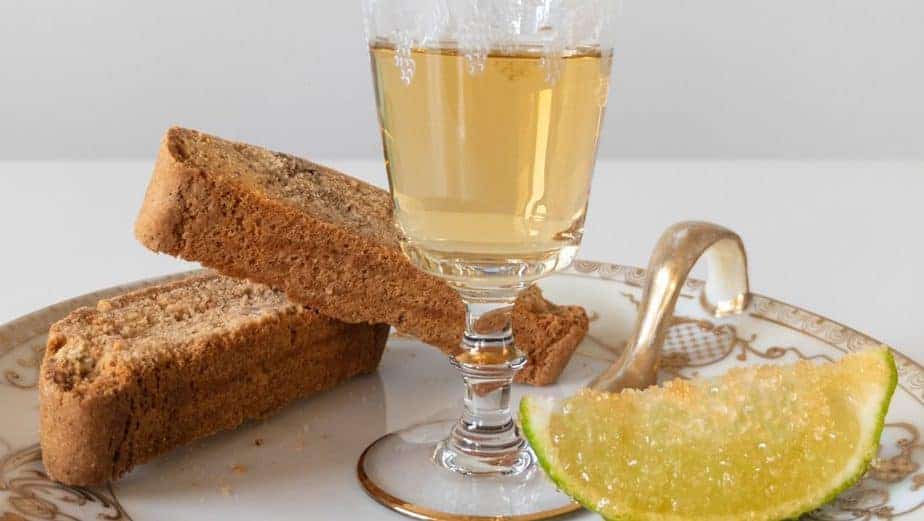 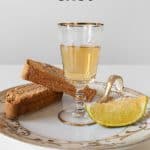 I truly believe this may be the most delicious shot I have ever had. A friend recently introduced me to the Italian biscuit shot. It couldn’t be easier to make and it tastes just like Italian biscotti!

The solo liqueur needed for this shot is Frangelico, a hazelnut and herb-flavoured liqueur from Canale, Italy. It is sweet and smooth, and only 20% alcohol so it’s not aggressively strong. I happened to have some on hand already as it’s great to bake with too!

How to make an Italian biscuit shot

Making this shot is crazy easy. Pour an ounce of Frangelico into a shot glass. Take a lime wedge and dip it into brown sugar (or turbinado). Take the shot then bite into the sugar covered lime. It’s so delicious!

Ok, so I was in Italy a few years ago, modelling for my bestie Nikki’s photography masterclass in Florence and Tuscany. I arrived in Florence two days early to have some extra time to explore the city. I had mapped out some places that I wanted to check out. Florence is really quite small and walkable.

My exploration brought me to The Garden of Roses. It was really pretty and quieter than the other tourist spots. Leaving the garden, I was walking back down a hill towards the city centre when I was greeted by a passing Italian man – Tony.

He wanted to know if I had really experienced the garden, apparently knowing of a spot with the most fantastic view of the city. He seemed like a fairly normal, well dressed person. I wasn’t getting major creep vibes so I agreed to follow him back inside.

As we walked he told me lots of fascinating things about the city. Unfortunately, though, when we reached the ‘secret lookout spot,’ it had already been filled by a group of teenagers. This gave my new friend another idea.. he told me about a nearby basilica (church) with a stone wall over a thousand years old, surrounded by a forest with walking trails and a fantastic view.

I began to feel a bit more hesitant. But I checked google maps and the church was indeed where he said. So once again I followed this little Italian man. Let me tell you, it was worth it. The stone wall was huge and looked ancient. The air was cool from the heavy forest covering the walking trail and the view was spectacular. You could see bits of old castle walls snaking around the scenic Italian countryside.

it was just a matter of time

Tony informed me that this beautiful forest was actually basically a sex den for the gay community at night. I would have found that hard to believe, had there not been condoms littering the ground here and there. This must have made dear Tony feel a little frisky because his chat became increasingly forward.

He said it’s quite common for female tourists to come to Italy to find hot blooded Italian men to bang. And he kindly offered himself to me. I politely (I was in a hidden forest with a strange man, no cell service, and no one knew where I was) let him know that I had a boyfriend back home. He didn’t seem to think that mattered.

Anyways, I held Tony off with some banter and sass. Our walk eventually led us back to near where we had begun. We arrived at a gate to the city centre. Tony had grown quite arrogant by this time. He stopped walking and pointed through the gate, “That way to city centre,” he pointed to a side street that led up a hill, “that way to my house. You choose!”

Stifling a laugh as best as I could, I said that I really needed to return to my friends as I’m sure they were wondering where I was. And I thanked him for showing me around. With a big ‘huff’ and without so much as a goodbye, Tony pivoted on the spot and stormed up the hill. Poor Tony. So much effort.

But I put his knowledge to good use. Later on during the trip, Nikki, Danae (another model), and I returned to the garden and the basilica to take photos.

If you like Nikki’s work you can see more on her page, Nikki Harrison Photography, or her instagram. She is ridiculously talented. And while you’re at it, why not enjoy an Italian biscuit shot.

This super easy to make shot is made with Italian hazelnut liqueur and tastes just like biscotti! The most delicious shot I’ve ever had.

Pour an ounce of Frangelico into a shot glass.

Dip a wedge of lime into either brown or turbinado sugar.

Take the shot then bite into the sugared lime.

This site uses Akismet to reduce spam. Learn how your comment data is processed.

I'm Asha - a food, styling, and travel enthusiast living in Toronto. Join me in my kitchen adventures for beautiful, delicious recipes. Learn more →

Load up on new recipes + more

Get exclusive Coriander & Lace content straight to your inbox - no spam!

We use cookies to ensure that we give you the best experience on our website. If you continue to use this site we will assume that you are happy with it.OkPrivacy policy